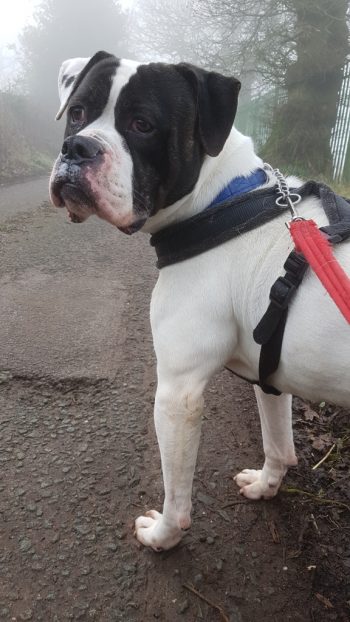 Bruce came into care as his owners were no longer able to care for him. He had spent many hours on his own and he deserves much better. Lack of early socialisation with other dogs means he needs to be the only dog in the home.

He is a big, strong dog with a nice nature and just needs someone to love and care for him. He is now enjoying every opportunity he gets to have a run around, something he hasn’t been able to do for a long while. He is getting out on some really good long steady walks and the change in him having gained lots of attention is great to see. He walks so nicely now and really enjoys being out and about.

He needs to find a home with someone who ideally is used to his breed and who can give him lots of attention to develop him even further. He loves to be given a fuss. He is too big and bouncy at times to live with young children and gets very excited when he sees his lead!

He has a great time now getting out and about along the lanes and woods! He would appreciate a lovely owner who could give him the chance to be a great companion on such outings on a regular basis. 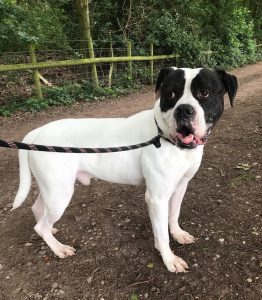 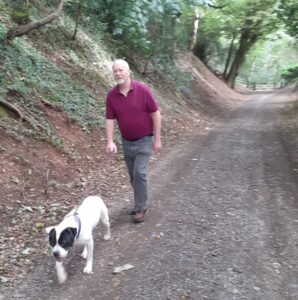 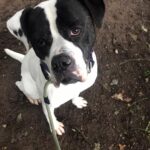 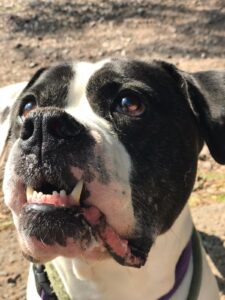